Trump: Trumpeting For A War On Iran? 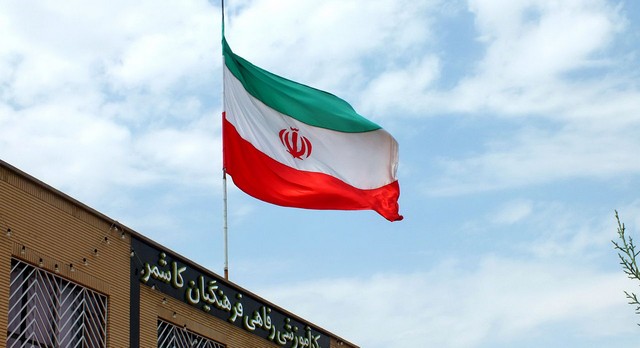 The Trump Administration’s rhetoric and actions have alarmed the world. The protests in response to his visa ban have overshadowed and distracted from a darker threat: war with Iran. Is the fear of the threat greater than the threat itself? The answer is not clear.

Certainly Americans and non-Americans who took comfort in the fact that we would have a more peaceful world believing that ‘Trump would not start a nuclear war with Russia must now have reason to pause. The sad and stark reality is that US foreign policy is continuous. An important part of this continuity is a war that has been waged against Iran for the past 38 yearsunabated.

The character of this war has changed over time. From a failed coup which attempted to destroy the Islamic Republic in its early days (the Nojeh Coup), to aiding Saddam Hossein with intelligence and weapons of mass destruction to kill Iranians during the 8-year Iran-Iraq war, helping and promoting the terrorist MEK group, the training and recruiting of the Jundallah terrorist group to launch attacks in Iran, putting Special Forces on the ground in Iran, the imposition of sanctioned terrorism, the lethal Stuxnet cyberattack, and the list goes on and on, as does the continuity of it.

While President Jimmy Carter initiated the Rapid Deployment Force and put boots on the Ground in the Persian Gulf, virtually every U.S. president since has threatened Iran with military action. It is hard to remember when the option was not on the table. However, thus far, every U.S. administration has wisely avoided a head on military confrontation with Iran.

To his credit, although George W. Bush was egged on to engage militarily with Iran, , the 2002 Millennium Challenge, exercises which simulated war, demonstrated America’s inability to win a war with Iran. The challenge was too daunting. It is not just Iran‘s formidable defense forces that have to be reckoned with; but the fact that one of Iran’s strengths and deterrents has been its ability to retaliate to any attack by closing down the Strait of Hormuz, the narrow passageway off the coast of Iran. Given that 17 million barrels of oil a day, or 35% of the world’s seaborne oil exports go through the Strait of Hormuz, incidents in the Strait would be fatal for the world economy.

Faced with this reality, over the years, the United States has taken a multi-prong approach to prepare for an eventual/potential military confrontation with Iran. These plans have included promoting the false narrative of an imaginary threat from a non-existent nuclear weapon and the falsehood of Iran being engaged in terrorism (when in fact Iran has been subjected to terrorism for decades as illustrated above). These ‘alternate facts’ have enabled the United States to rally friend and foe against Iran, and to buy itself time to seek alternative routes to the Strait of Hormuz.

Plan B: West Africa and Yemen

In early 2000s, the renowned British think tank Chatham House issued one of the first publications that determined African oil would be a good alternate to Persian Gulf oil in case of oil disruption. This followed an earlier strategy paper for the U.S. to move toward African oilThe African White Paperthat was on the desk May 31, 2000 of then U.S. Vice President Dick Cheney, a former CEO of energy giant Halliburton. In 2002, the Israeli-based think tank, IASPS, suggested America push toward African oil. In an interesting coincidence, in the same year, the Nigerian terror group, Boko Haram, was “founded”.

In 2007, the United States African Command (AFRICOM) helped consolidate this push into the region. The 2011, a publication titled: “Globalizing West African Oil: US ‘energy security’ and the global economy” outlined ‘US positioning itself to use military force to ensure African oil continued to flow to the United States’. This was but one strategy to supply oil in addition to or as an alternate to the passage of oil through the Strait of Hormuz.

In 2012, several alternate routes to Strait of Hormuz were identified which at the time of the report were considered to be limited in capacity and more expensive. However, collectively, the West African oil and control of Bab Al-Mandeb would diminish the strategic importance of the Strait of Hormuz in case of war.

In his article for the Strategic Culture Foundation, “The Geopolitics Behind the War in Yemen: The Start of a New Front against Iran” geo-political researcher Mahdi Darius Nazemroaya correctly states: “[T] he US wants to make sure that it could control the Bab Al-Mandeb, the Gulf of Aden, and the Socotra Islands (Yemen). Bab Al-Mandeb it is an important strategic chokepoint for international maritime trade and energy shipments that connect the Persian Gulf via the Indian Ocean with the Mediterranean Sea via the Red Sea. It is just as important as the Suez Canal for the maritime shipping lanes and trade between Africa, Asia, and Europe.”

War on Iran has never been a first option. The neoconservative think tank, The Washington Institute for Near East Policy (WINEP), argued in its 2004 policy paper “The Challenges of U.S. Preventive Military Action” that the ideal situation was (and continues to be) to have a compliant regime in Tehran. Instead of direct conflict, the policy paper [a must read] called for the assassination of scientists, introducing a malware, covertly provide Iran plans with a design flaw, sabotage, introduce viruses, etc. These suggestions were fully and faithfully executed against Iran.

With the policy enacted, much of the world sighed with relief when the Joint Comprehensive Plan of Action (JCPOA , or the “Iran Nuclear Deal” which restricts Iran’s domestic nuclear power in exchange for the lifting of sanctions on Iran) was signed in the naïve belief that a war with Iran had been alleviated. Obama’s genius was in his execution of U.S. policies which disarmed and disbanded the antiwar movements. But the JCPOA was not about improved relations with Iran, it was about undermining it. As recently as April 2015, as the signing of the JCPOA was drawing near, during a speech at the Army War College Strategy Conference, then Deputy Secretary of Defense Robert Work elaborated on how the Pentagon plans to counter the three types of wars supposedly being waged by Iran, Russia, and China.

As previously planned, the purpose of the JCPOA was to pave the way for a compliant regime in Tehran faithful to Washington, failing that, Washington would be better prepared for war for under the JCPOA, Iran would open itself up to inspections. In other words, the plan would act as a Trojan horse to provide America with targets and soft spots. Apparently the plan was not moving forward fast enough to please Obama, or Trump. In direct violation of international law and concepts of state sovereignty, the Obama administration slammed sanctions on Iran for testing missiles. Iran’s missile program was and is totally separate from the JCPOA and Iran is within its sovereign rights and within the framework of international law to build conventional missiles.

Trump followed suit. Trump ran on a campaign of changing Washington and his speeches were full of contempt for Obama; ironically, like Obama, candidate Trump continued the tactic of disarming many by calling himself a deal maker, a businessman who would create jobs, and for his rhetoric of non-interference. But few intellectuals paid attention to his fighting words, and fewer still heeded the advisors he surrounded himself with or they would have noted that Trump considers Islam as the number one enemy, followed by Iran, China, and Russia.

The ideology of those he has picked to serve in his administration reflect the contrarian character of Trump and indicate their support of this continuity in US foreign policy. Former intelligence chief and Trump’s current National Security Advisor, Michael Flynn, stated that the Obama administration willfully allowed the rise of ISIS, yet the newly appointed Pentagon Chief “Mad Dog Mattis” has stated: “I consider ISIS nothing more than an excuse for Iran to continue its mischief.” So the NSC (National Security Council) believes that Obama helped ISIS rise and the Pentagon believes that ISIS helps Iran continue its ‘mischief’. Is it any wonder that Trump is both confused and confusing?

And is it any wonder that when on January 28th Trump signed an Executive Order calling for a plan to defeat ISIS in 30 days the US, UK, France and Australia ran war games drill in the Persian Gulf that simulated a confrontation with Iran the country that has, itself, been fighting ISIS. When Iran exercised its right, by international law, to test a missile, the United States lied and accused Iran of breaking the JCPOA. Threats and new sanctions ensued.

Trump, the self-acclaimed dealmaker who took office on the promise of making new jobs, slammed more sanctions on Iran. Sanctions take jobs away from Americans by prohibiting business with Iran, and they also compel Iranians to become fully self-sufficient, breaking the chains of neo-colonialism. What a deal!

Even though Trump has lashed out at friend and foe, Team Trump has realized that when it comes to attacking a formidable enemy, it cannot do it alone. Although both in his book, Time to Get Tough, and on his campaign trails he has lashed out at Saudi Arabia, in an about face, he has not included Saudis and other Arab state sponsors of terror on his travel ban list. It would appear that someone whispered in Mr. Trump’s ear that Saudi Arabia, the United Arab Emirates (UAE), and Qatar are fighting America’s dirty war in Yemen (and in Syria) and killing Yemenis. In fact, the infamous Erik Prince, founder of the notorious Blackwater who is said to be advising Trump from the shadows, received a $120 million contract from the Obama Administration, and for the past several years has been working with Arab countries, UAE in particular, in the “security” and “training” of militias in the Gulf of Aden, Yemen.

So will there be a not so distant military confrontation with Iran?

Not if sanity prevails. And with Trump and his generals, that is a big IF. While for many years the foundation has been laid and preparations made for a potential military confrontation with Iran, it has always been a last resort; not because the American political elite did not want war, but because they cannot win THIS war. For 8 years, Iran fought not just Iraq, but virtually the whole world. America and its allies funded Saddam’s war against Iran, gave it intelligence and weaponry, including weapons of mass destruction. In a period when Iran was reeling from a revolution, its army was in disarray, its population virtually one third of the current population, and its supply of US provided weapons halted. Yet Iran prevailed. Various American administrations have come to the realization that while it may take a village to fight Iran, attacking Iran would destroy the global village.

It is time for us to remind Trump that we don’t want to lose our village.

This article was first submitted to the print edition of Worldwide Women Against Military Madness (WAMM) newsletter.

Soraya Sepahpour-Ulrich is an independent researcher and writer with a focus on US foreign policy.

PrevPreviousAll liberals are hypocrites. I know because I am one
NextIs Trump trying to drive a wedge between Russia and China?Next