A mandate from Christmas 2020: Let love and justice meet 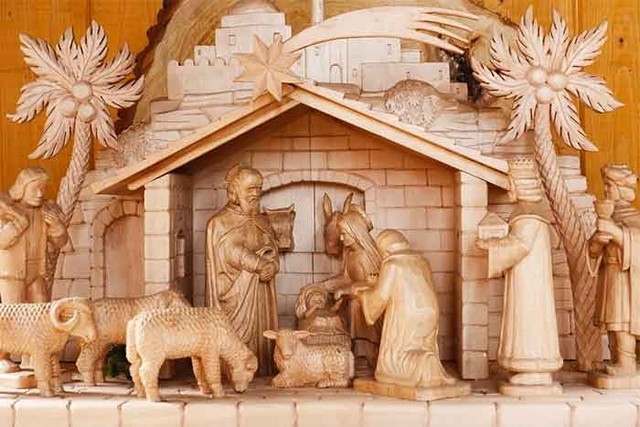 On Christmas Day 2019, at a Christmas Eve Mass, parishioners were offered a powerful, yet challenging message on how we as everyday Christians must understand and observe Christmas. The priest narrated how the image of the manger is not just that of a humble abode. It is an inclusive and ecumenical space because Jesus came for all the people of the world. “There were shepherds living in the fields, keeping watch over their flock by night” (Luke2:8). “…after Jesus was born in Bethlehem of Judea, wise men from the East came to Jerusalem…” (Matthew 2:1). The apostle Matthew records that the birth of Jesus was accompanied by an extraordinary celestial event: a star that led the “wise men” to Jesus. This star “went before them, till it came and stood over where the young child was” (Matthew 2:9). What was this star? And how did it lead the wise men to the Lord? We must also recall that the manger makes reference to cattle. Most representations of Jesus’ birth show donkeys, cows, and sheep watching over the Holy Family and a camel or two arriving with the Three Kings. Many scholars believe Mary rode to Bethlehem on a donkey, and, as a result, many artistic representations show Joseph leading Mary into town as she rides on the back of a donkey. Donkeys were a common mode of transportation for the poor in biblical times.

The birth of Christ, the Christmas story, is so inclusive because it embodies every aspect of God’s creation. What is more important is that the first to sight the bright star were the shepherds. In the first century shepherds in Palestine represented one of the lowest social strata in society. Religious tradition of Jesus’ day labeled them as unclean. They were marginalized, poor, and considered as the outer layer of society; while the wise men represented the well to do, the educated, and the scholars of their day.

The social and theological implications of the manger are unambiguous: God’s love for all people was expressed in and through the coming of Jesus Christ. This love welcomed both the shepherds and the wise men at the same level. True love does not differentiate between God’s children. In Christ, the evil of discrimination and bigotry is obliterated.

In a caste-class ridden society, and, for that matter, in the church too, this image of the manger trashes the claims of the high and mighty – the capitalists of our time and the rich who see the poor and underclass as being lower in their claims to a place in Jesus’ life. When we stand before God, not only do our social differences lose their importance, our caste-class and ethnic differences are also exterminated. God’s love is for all people regardless of whether they are or of lower social and financial status in society. Not only do rich and poor, Jew and Gentile stand before God as equals, there are also no political boundaries. The migrant is received as a stranger in our presence. All are welcomed and accepted. In other words, when we stand before the holy, our racism and prejudice should melt away and we should become dependably human recognizing the other as a brother and a sister.

One of our most disturbing issues during this Christmas season is the situation of the workers and farmers, Dalits and Tribals. In Jesus’ ministry, he always took up cudgels for the discarded and shunned. They also included the sick, the sex workers, the sinners and sinned against, the child workers, the illiterate, the blind, the imprisoned, and everyone who is socially and otherwise bruised.

The Indian government and the Sangh Parivar in our country show no such tolerance and intent to include anyone except those who fall in their category of the highest caste and classes. The BJP plans to ‘Hinduize’ the country by patterns of ethnic cleansing and abandoning the multiform culture that India is. Instead, they would rather have just one type of people who show allegiance to their brand of ‘Hindutva’.

Our farmers, for example, are not from the upper castes (except for the Brahmins who own the largest portions of land). The BJP wants to force the small and marginal farmers and the landless away from their lands and traditional way of life. Instead, they want to pave the way for the benefit of the corporates whose only interest is not food for all but profit for them. The land legislations are essentially a land grab and based on sheer greed for the already rich. Many local and international human rights organizations have condemned India’s actions and policies against the farmers as oppressive and in violation of international law.

The Christmas message emphasizes the fact that our faith demands of us to champion today’s farmers, workers, Tribals, dalits, oppressed and abused women and children, LGBTQIAs, and to advocate for their rights. The appalling irony is that almost everything this government is doing is to violate the human dignity, equality, and respect for the human rights of the weakest. Our constitution dares us to follow the path of a secular, socialist, democratic Republic. The BJP government does the virtual opposite.

In the midst of life’s complex injustices, we must make Christmas the time to engage in the quest for renewal. For after all, there is something about the child in the manger that should rouse within us a commitment to a just and inclusive society. It is the challenge to the Church, especially to its Social Apostolate.

2020 has been one of horror for most Indians. Covid has taken away 146000 thousands lives, perhaps far more. We are ruled by a cruel and fascist regime that thinks nothing of throwing innocent people into jail, and allowing people to die in misery, watching in indifference when poor farmers end up in suicide. We are forced to muddle through fascistic and unmerited laws scripted and egged on by the rich and the powerful.

At this Christmas time, and as we head towards the end of another year, all of humankind must unite to transform this unjust and cruel society we live in, especially as it affects the poorest and most oppressed. Christians must live by three cornerstones- FAITH, HOPE, AND LOVE. That would allow us to co-exist with other humans in mutual love and respect and pave the way for justice and a renewed society. May Christmas 2020 and New Year 2021 inaugurate the pathways of a just society?