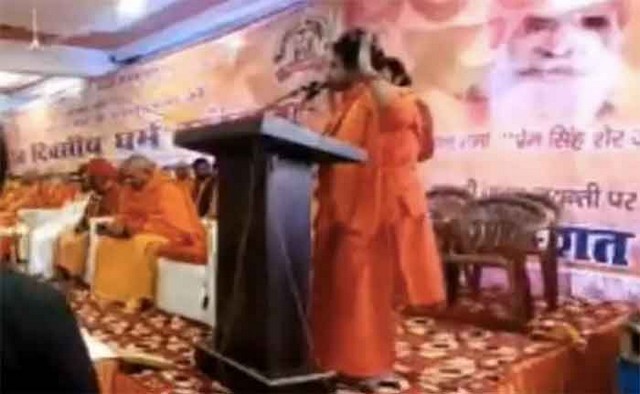 From December 17 to 19, the ‘Dharma Sansad’ or ‘Religious Parliament’ was organized in Haridwar wherein several religious leaders and those associated with Hindutva extremist organisations gave an open call for Hindus to arm themselves and eliminate Muslims from the country. Sadhvi Annapurna, general secretary of Hindu Mahasabha gave a direct call for the mass murder of Muslims. She said, we need 100 soldiers who can kill 20 lakh of them ( Muslims) . She added ‘Matr shakti ke sher se panje hain. Phaad kar rakh denge’ .

Dharam Sansad was organized by Swami Yati Narsinghanand, who has been spewing venom against Muslims for months. He said at the Dharam Sansad, ‘Economic boycott (against the Muslims) will not work. No community can survive without picking up weapons. And swords won’t work, they look good only on stages. You need to update your weapons…more and more offspring and better weapons can protect you.” He promised Rs.1 crore to anyone who is ready to become a Prabhakaran or a Bhindranwale for Muslims. He gave a clarion call, Shastra Mev Jayate for inciting armed violence against Muslims.

‘If I was present in Parliament when PM Manmohan Singh said that minorities have right over national resources, I would have followed Nathuram Godse and shot him six times with a revolver’ said Dharam Das Maharaj from Bihar. Anand Swarup Maharaj threatened to wage a war ‘more scarier’ than 1857 if the government does not concede the demand of creating a Hindu Rashtra through violence against the minorities. He said that in Uttarakhand he will not allow Christians to celebrate Christmas or Muslims to celebrate their festivals since the state belongs only to Hindus. Ashwini Upadhyay known for his anti Muslim vitriol at Jantar Mantar in October, also a BJP spokesperson; stood before the gathering and presented Bhagwa Constitution to his Gurudev Yati Narsinghanand. Swami Prabodhanand Giri, president of the Hindu Raksha Sena, a right-wing organisation based out of Uttarakhand said, “get ready to kill, there’s no other way. This is why, like in Myanmar, the police here, the politicians here, the army and every Hindu must pick up weapons and we will have to conduct this cleanliness drive (safai abhiyan). There is no solution apart from this.”

It’s been a week since the Haridwar Sansad began and 5 days since it ended; all under the state government’s watch. While poison was disseminated from here to the country and indeed all over the globe via social and other media the administration looked on. We all heard one sentence repeated ad nauseam by a police spokesman ‘Hum nazar banayen hain… uchit karavahi hogi’. (We are keeping an eye, will take suitable steps) It’s the mother of all banalities!

This Sansad has been held under the benign gaze of CM Uttrarakhad Pushkar Singh Dhami who has recently been seen paying respects to Yati Maharaj.

It is time when every sane Indian must think where the country is heading? Will the present regime uphold the Constitution of India or will they allow Bhagwa Constitution to be forced on them? This Sansad, permitted to be held on the eve of Elections in several states including Uttarakhand and UP, smashes to smithereens the ‘Idea of India’ held by Mahatma Gandhi, Jawaharlal Nehru, Maulana Azad and Bhimrao Ambedkar. When a state remains silent while hate speech and poison shards are flung at its citizens it bodes the worst evil for us the people who love this land, who are citizens of this country.

We strongly condemn the hate speeches, the calls for a genocide and demand immediate legal action and arrest of Swami Yati Narsinghanand, Swami Prabodhanand Giri , Annapurna Maa, Dharam Das Maharaj , Anand Swarup Maharaj and all others who organized the event and are indulging in hate mongering .

We demand an immediate stop to such gatherings which are organized to vitiate the atmosphere and polarize the people of India. 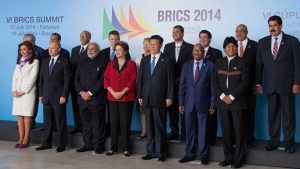 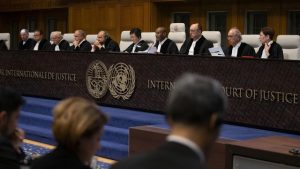 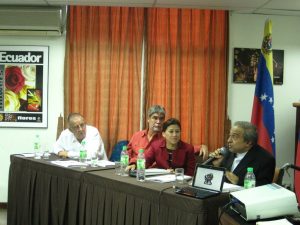 The Iranian Entrapment of Trump by the Deep State 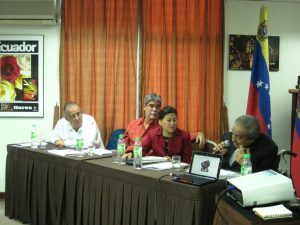 ON THE BRINK OF WAR ? 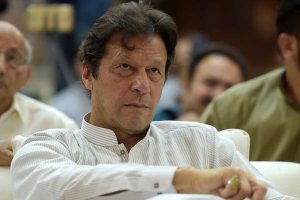 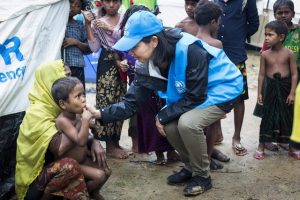 THE COUP THAT OUSTED MORALES 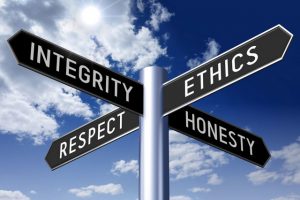 Is there a place for ethics in Smart Cities? 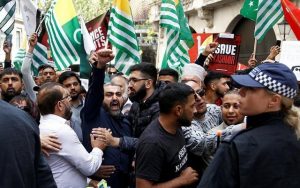 SECURING US INTERESTS THROUGH US MILITARY BUILD-UP IN SAUDI ARABIA. 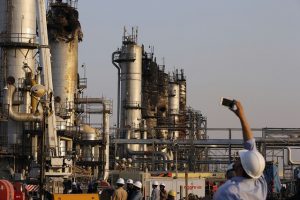