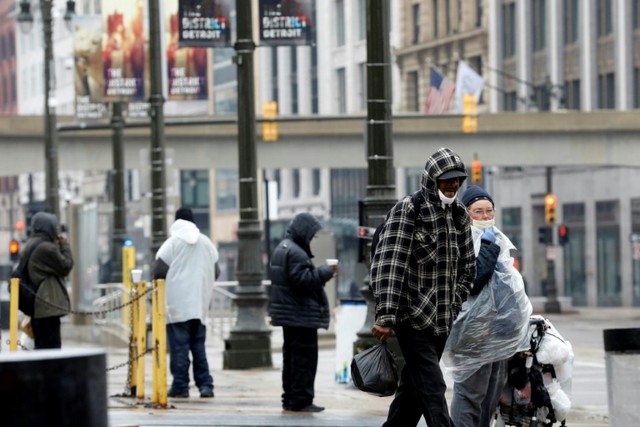 Few can deny that a perfect storm is brewing and the early foundations for war are being set up by the obvious protagonists. That China has cancelled the dollar peg, in its stock exchange transactions, opting for the Chinese Yuan is an ominous sign. If this unpegging to the US dollar succeeds China will divest itself of US dollar dependence, a move implemented to escape the weaponisation of the dollar. China is, also, developing its artificial intelligence (AI) and 6G for her People’s Liberation Army (PLA).

Washington, meanwhile, is fast creating an anti-China sentiment among its population, blaming China for what President Trump calls the “Wuhan virus” aka Covid-19 now afflicting the US, fast and furious, because of President Trump’s initial complacency claiming that the virus will perish as the weather warms up. But in two short weeks thousands have died and nearly a million were infected. As of 16th May 2020, there are 1.52 million confirmed cases. Of these 281,000 have recovered. Unfortunately, there have been 89,939 deaths, the world’s highest. New York has endured some nightmarish scenes of bodies left piled up because the funeral homes are not capable of meeting the spike in demand for their services. China, for her part, is saying it is a US produced virus. According to experts it is near impossible to definitively prove this allegation.

The economic scenario unfolding in the United States, indicates that unemployment will hit 30 percent soon, one that is broader when compared to that of the Great Depression of the 1930s. One in three will be without a means to life and needing to be saved. Of course, there are many, unwilling to see any other than a V-shaped economic recovery, one where despite a sharp economic decline there is a quick, strong recovery. This outlook is causing many to demand an end to lockdowns. Yet prudence suggests that lifting the lockdowns without the necessary care can result in 100,000 deaths by 1st June, according to the US Center for Disease Control and Prevention. A massive economic disruption is already on the way. Bankruptcies of High Street businesses are up and with it unemployment. Retrenchments and layoffs by the thousands have been announced. Airlines are suffering almost without exception and all will benefit from the US 2.2 trillion dollars rescue package but the workers are not being given the means to keep consumption healthy as China has done by giving coupons to the population. And, regrettably the economic disruption is of a global dimension. Unless the domestic economy is resuscitated there is no other way.

The pivotal factor is whether an economically ravaged America, hocked to the tune of trillions of dollars, can support a peace that requires immense financial resources. The recent US$2.2 trillion rescue package is coming off the printing presses of the Federal Reserve, an act made possible because the US dollar is not held against guarantees such as gold. Some experts argue that America’s economic strength will pull the country through. But with the world oil industry going negative the petrodollar, too, is under threat. In short it would be true to say the American economy is under severe strain.

That there have been suggestions by some that China must compensate America by writing off its trillion dollar debt for the Covid-19 “invasion”, while definitely embarrassing is more revealing of a weakness. The US economy is unravelling under the lockdown ordeal with small businesses coming unglued and unemployment rocketing within a fortnight of the virus’ arrival. In a nutshell, both the US’ domestic and global economy are being almost torn asunder.

Further, the President is fighting for re-election. He has much to repair in the way of his public image. Nobody is even making a defence of his bungling in his initial handling of the Covid-19 virus. He had some 2 months to prepare for the viral onslaught but instead he remarked that it will go away with the heat. That he was prepared to take this risk is suspicious. Who told him this when the virus was already in the tropics and not any less virulent? Trump’s complacency parallels that of the British Prime Minister. The latter, Boris Johnson, was a victim and hospitalised.

Once it became clear that Trump had erred the “blame China” strategy took a sinister angle. Taking China to court seems almost the better alternative. It preserves peace.

But the global economy suffered from China’s economic shutdown caused by the Covid-19 infection. China is the world’s producer of far too many essential products. Even the global car industry was affected. And then as the world began recognising this global economic problem, the petroleum bombshell erupted. Today the price of oil per barrel has tanked. The shale oil industry is no longer supportable, dashing the US’ oil self-sufficient façade and leaving many firms bankrupt. Part of the recent trillion dollar rescue package was to bail out these companies. Boeing the aircraft producer, too, needed rescuing. The company’s 737 MAX was a dangerous lemon. And, Wall Street, too, was prioritised but not the Main Street. If this is the truth then the people will be left vulnerable.

The US$2.2 trillion Covid-19 rescue package will be another quantitative easing. Printed dollars will be poured into the system by the Federal Reserve. And experts are not expecting the economy to be saved if the money is not accompanied by guidelines for its distribution as the 2008 rescue demonstrated. Unfortunately, it is looking to repeat. Furthermore, if it ends up in stock buy backs the trillions spent will not move the economy. What leaves the observer of the USA perplexed and frightened is that the movers and shakers are looking for profit-taking opportunities instead of beefing up the public health sector. Huge companies like Amazon have made billions in these few short weeks of the Coronavirus tragedy.

There appears to be no real sense of national solidarity in the USA. Capitalism as a socio-cultural phenomenon remains pervasively a consumerist, profit maximisation phenomenon building a culture where the self centres the individual’s preferences. That lockdowns are viewed as an assault on the individual’s freedom is shocking when the aim is to save lives. This is the America that has been bred on crass materialism and even the Covid-19 death rate is proving unable to nurture a social culture of humane caring. An imagery made more heinous when the country’s own President is encouraging the people’s protest against lockdowns.

This is today’s USA in a world facing a massive challenge. With its perpetual war policy still on-going, where regime change remains active, it is difficult to perceive of Washington as part of global solidarity. With an official psyche very much intent on hegemony and superiority, it is difficult to picture an altruistic America. It is easier to see a repeat of the Iraq invasion but China is surely no walkover in this respect, she is a nuclear power; she is ahead in 5G technology; she can communicate with the far side of the moon. China is not Iraq. But how desperate is the USA? Is she really being economically undermined by the loss of her global reserve currency position?

Syria demonstrated the Russian ability to put a spanner in US military aspirations. Will this be the reality that will prevent a world war? After all even Tehran is able to get Washington to be more reticent. The missiles shot in Iraq may have not killed but it did cause damage to the mental well-being of many US soldiers. China has, too, demonstrated its military capability when in 2006, her Song-class submarine surfaced “within 5 miles of the aircraft carrier USS Kitty Hawk, apparently without being detected”. But a New York Times 21 April 2020 report says, US warships have entered disputed waters of the South China Sea.