Kashmir and ‘Pivoting’ Toward a Nuclear Holocaust 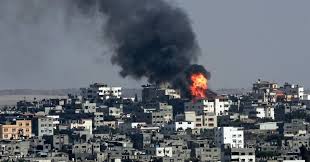 This past summer witnessed yet another people’s uprising in one of the longest running, and most ruthless, military occupations in modern times: the Indian occupation of Kashmir. The callous indifference to decades-old Indian atrocities against the people of Kashmir, including well-documented incidences of torture, disappearances, ‘encounter killings,’ rapes, and outright massacres, ought to put the international community to shame. This, after all, is a ‘conflict’ – a euphemism for a military occupation – that the UN and international law has clearly adjudicated on many decades ago, but Indian recalcitrance, Pakistani fumbling, and international criminal neglect have let the blood of Kashmiris spill uninterruptedly.

What started out in June of this year as yet another outbreak of Kashmir outrage at the Indian cold-blooded murder of a prominent Kashmiri freedom fighter very quickly became a pretext for the Indian elite to convert the issue of oppression and occupation of Kashmir into ‘cross-border’ terrorism from its arch-rival, Pakistan. It was a convenient diversion from the root of the conflict, the military occupation, to one of Pakistan up to its old tricks, sponsoring jihadi terrorists.

What enabled the Indian establishment to ratchet up its aggressive posture was a militants’ attack on its military occupation base in Kashmir, Uri, on September 18th. Without offering any evidence, blame was placed on Pakistan and for the first time (outside of the context of war) since the partition of the Indian Subcontinent into a Hindu-majority India and a Muslim-majority Pakistan, the Indians publicly declared that they had violated the Line of Control – the unofficial ceasefire line – dividing Pakistani and Indian Kashmir, and had sent special forces and helicopter gunships to attack Pakistani ‘militants’ and soldiers on Sept. 28-29.

The significance of this raid by the Indian military cannot be underestimated. The near unanimity of the Indian political, military, and media establishment to demonstrate Indian military prowess vis-a-vis Pakistan is particularly disturbing and dangerous. Commentators have pointed out the particular hawkishness of the current rightwing BJP regime in regard to such bellicose posturing, but that is misleading. Across the ideological spectrum in India, there is a view to abandon the so-called ‘strategic restraint’ and ‘teach Pakistan a lesson’ that will once and for all anoint India the unrivaled hegemon of the region and beyond.

But there is a larger, more dangerous geopolitical chessboard on which all of these developments are unfolding. The Indian establishment has always been frustrated by Pakistani support for groups in Kashmir and beyond. What explains the timing of such flagrant demonstration of potentially catastrophic militarism at this point?

The answer may lie in the reticence of Washington’s response to such a blatant violation of international law by India. Of course, the US and its special forces’ raids and drone strikes in Pakistan are emblematic of the same phenomenon. But this near unanimous endorsement of India’s raids in Pakistani-held Kashmir, from influential individuals associated both with the Bush Jr. and Obama administrations, indicates that the gloves are off now when it comes to targeting, humiliating, isolating, and potentially dismembering Pakistan.

In an unprecedented move, the Indian Prime Minister earlier this year said that India has to give ‘moral support’ to the Baloch insurgency. Though there is a genuine struggle for justice among the Baloch against the excesses of the Pakistani state, this Indian line is consistent with now well-documented Western think tank policy prescriptions to destabilize, undermine, and dismember Pakistan. Conspiracy theories don’t start to look so conspiratorial anymore.

What of course has infuriated the Pentagon and the CIA about Pakistan since the invasion of Afghanistan in the so-called ‘War on Terror’ is the Pakistanis’ inability to ‘do enough’ to curtail the Taliban resistance, or rather, actually, to do the opposite: give it safe havens and perhaps even support it. The Pakistani establishment, like all states, believes in hard and fast realpolitik, knows that US-NATO forces will be forced to withdraw one day and hence, Islamabad has kept it’s horse in the race (i.e., the Taliban) intact.

But that has been low-intensity conflict, if you will. Washington will occasionally launch a drone strike here, a special ops raid there (like killing Osama), or even an air strike once in a while (that killed 24 Pakistani soldiers in the Pakistani base of Salala) – just to send a message to the Pakistanis, a message that of course had little effect. At some stage, the US has understood its defeat in Afghanistan as a fait accompli, and the Pakistanis are merely relied upon to facilitate NATO supply lines to allow the US to maintain the fiction that it has control over Afghanistan and its puppet regime there.

All of these crises in West Asia, whether in Iraq, Syria, or Afghanistan, compelled Obama to ‘pivot to Asia,’ to focus on containing the rise of the real, formidable competitor, China. While all of the ‘usual suspects’ of the Pacific nations have been mobilized in that objective, including Japan, South Korea, Australia, and so on, there was one power that – if cajoled into this grand alliance – would be a huge prize. That power was India. And that is precisely why the US has entered into all sorts of geopolitical, military, security, and economic arrangements with India that allow the latter to obtain the confidence as an effective sub-imperialist hegemonic power. In short, Washington wants India to move toward being a ‘frontline’ state in American belligerence toward China, and for now, New Dehli seems to be happily playing that game.

If Pakistan was being slapped on the wrist now and then before, now the new ‘partners in crime’ – the US and India – are hell-bent on punishing Islamabad. The reason is that whereas for most of Pakistan’s history it had a close relationship with both Beijing and Washington, now it is much more the former at the expense of the latter. The $48 billion dollar being invested by the Chinese in the Pakistan China Economic Corridor, which would give the Chinese access to the Pakistani port of Gwadar, is anathema to both Washington and Dehli. In case the US tries to blockade China in the South China Sea, Beijing – if this corridor goes through – would still have access to a port in the Indian Ocean, not to mention another formidable nuclear-armed military on its side, that of Pakistan’s.

This is the stuff that makes movies and fictional novels so thrilling. In real life, what these geopolitical developments point to is perhaps the most dangerous moment for human life since the Cuban missile crisis. Two nuclear armed countries, India and Pakistan, are on the brink of war because of Washington’s drive to contain and undermine China, embolden – to reckless levels – its newfound close ally, India, and push the rulers in Islamabad to a point where they feel isolated enough to also act and react in potentially dangerous ways.

Meanwhile, just like the brutal Israeli occupation of Palestine seems to be forgotten amidst the chaos and destruction that Western interventions and machinations have created in West Asia and North Africa (WANA), so it seems that the harsh Indian occupation of Kashmir, and the thousands of Kashmiris who have suffered, is obscured by Western imperial hegemony and the way it has fueled regional conflicts and rivalries. As Noam Chomsky points out, it has been a miracle that nuclear weapons have not been used again since the US deployed them in Hiroshima and Nagasaki in August 1945. That miracle may no longer be sustained if imperial hegemony and its geopolitical theatrics continue to value domination over the survival of the human race.

Junaid S. Ahmad is the Secretary-General of the International Movement for a Just World (JUST).