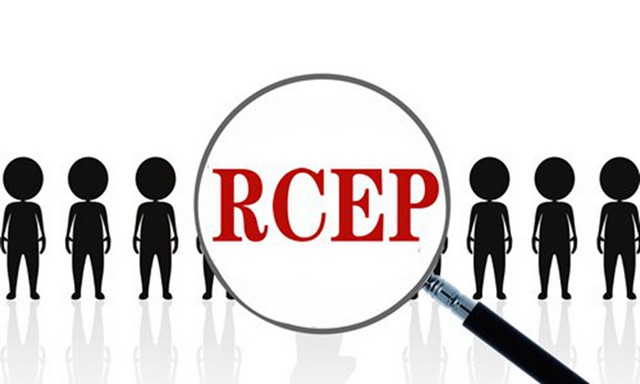 Amidst the gloom generated by the twin health and economic crises, the birth of the Regional Comprehensive Economic Partnership (RCEP) is a ray of light auguring hope.

More than a million lives have been lost world-wide as a result of the coronavirus pandemic, there is massive unemployment and entire societies have been devastated. For the 10 ASEAN states and their 5 partners, 3 from North East Asia and 2 from South Pacific to come together to form RCEP in a situation like this is a bold and brave leap of faith. They are of course hoping that the new grouping will accelerate their economic recovery since they have all been affected by the twin crises to a greater or lesser degree. As trade barriers are removed and bureaucratic hurdles overcome, there will be a greater flow of affordable goods and services across borders leading to enhanced economic growth and more opportunities for shared prosperity.

RCEP however is more than a response to immediate, urgent challenges. It is a tremendous boost to regionalism at a time when the concept and practice is faced with new problems as witnessed by the experience of the European Union (EU) in recent years. Regional cooperation promises the more rational and efficient utilisation of new technologies. RCEP may well serve as a platform for this.

It is also the re-assertion of the importance of multilateralism which has also been subjected to immense pressures in the last few years. The very creation of RCEP is a statement that economies at different levels of progress need not succumb to myopic nationalistic measures in order to preserve their political independence and sovereignty. Indeed, multilateral arrangements can always been worked out which will help nation-states to achieve their economic goals while strengthening their autonomy and independence.

More than contributing to regionalism and multilateralism, RCEP may also pave the way to a positive re-orientation of its member states which in turn will impact upon the global economy and world politics. Through RCEP, ASEAN states may begin to realise that getting closer to their North East neighbours, China, Japan and Korea, on the one hand, and their South Pacific neighbours such as Australia and New Zealand, on the other, not only makes economic sense but also denotes deeper geographical roots and cultural meanings which have yet to be discovered.  The same argument goes for the North East Asian states whose interaction with ASEAN at the cultural and societal levels remains somewhat limited.  Perhaps re-orientation will have the greatest significance for Australia and New Zealand as they come to appreciate through RCEP that their real neighbours are in ASEAN and North East Asia. To put it starkly, RCEP may be the conduit through which the two countries finally acknowledge that they are not part of the West but integral to Asia. In other words, for Australia and New Zealand, RCEP could turn out to be an identity marker.  It is not inconceivable that as the 15 members of RCEP re-orientate, their regional and even international roles will change considerably.

But attempts to consolidate and strengthen RCEP will not be a walk in the park.  Even as it is there are major political- cum- security issues facing individual RCEP states. For instance, they relate differently to China on the contentious South China Sea (SCS) issue. The United States’ stance on the issue complicates matters. There are also longstanding disputes between RCEP states which occasionally erupt into friction. Relations between China and Japan; Japan and Korea; China and Vietnam; Thailand and Cambodia; Singapore and Malaysia; Malaysia and the Philippines; Myanmar and Malaysia; and Australia and Indonesia have all had their ups and downs.  What makes it worse is the role played by individuals and groups outside the region, including sections of the media who are ever ready to exploit disputes between and among RCEP members with the aim of weakening the organisation.

This is why RCEP should develop mechanisms that will address these disputes. It could be an Eminent Persons Group (EPG) drawn from within RCEP or an Early Response Caucus which will deliberate on a dispute and recommend solutions to the RCEP leadership.   What RCEP should not do is to sweep problems under the carpet.

In this regard, appointing a RCEP Secretary-General who will focus upon its primary agenda of developing the economies of the region but is also deeply cognisant of political undercurrents, is imperative.   It could be a retired political leader or a retired diplomat who is also knowledgeable about RCEP’s complex cultural nuances. He or she will serve as the regional grouping’s anchor in the initial years.

The Secretary-General’s principal task is to ensure that RCEP does not flounder and fail. Its success which in the ultimate analysis will depend upon the collective political leadership of the grouping will be a fundamental prerequisite for the evolution of a new global economic order.

Dr Chandra Muzaffar is the president of the International Movement for a Just World (JUST).

PrevPreviousIS NORMALIZATION WITH ISRAEL WITHOUT A RESOLUTION FOR PALESTINE JUSTIFIABLE?
NextMEDIA, PROPOGANDA, PERCEPTION AND CHINA’S IDENTITY IN THE 21ST CENTURYNext