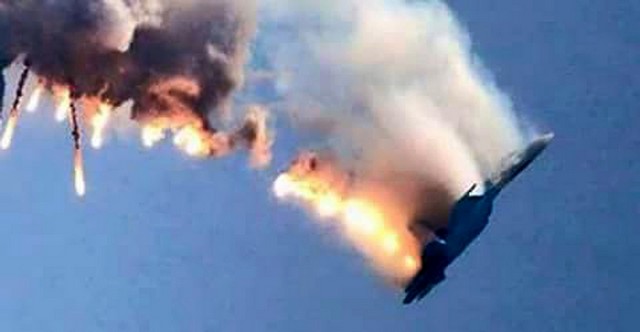 The tension between Russia and Turkey is on the rise. Mr. Putin’s immediate response to Turkish downing of the Russian bomber on November 24 was that “there would be serious consequences from the incident.” So far, it seems, Putin has taken many measures to hurt Turkey, although Turkey is visibly trying to minimize the strain.

The fundamental question here is whether or not this tension would yield positive results in the overall situation in the area. A number of countries have declared war against the extremist group known as IS/ ISIS/ ISIL or Daesh. Lately the Paris bombing seems to have resulted into Russian-Western cooperation in destroying the group. Are these extremists so powerful that the combined world powers that has brought both the US and Russia to cooperate can’t destroy or even contain them? In our view Russia-Turkey row must be evaluated in the light of these developments.

Was the Turkish Action Unprovoked?

Turkey has been accused of launching an unprovoked attack on Russia. Was Turkey’s act of downing provoked? Really? How long ago was it that a Russian plane had violated Turkish airspace, not once but twice, and the Turkish authorities not only informed its allies, but also called the Russian ambassador to Ankara to protest the event? This has happened twice in the first half of October.

Was Turkey supposed to have ignored such minor violations? In a situation where a number of countries are engaged in bombing in the area how can a sovereign nation remain unconcerned? Sovereign countries are to be concerned not only because of the involvement of too many countries in curbing Islamic extremists, but also because of the presence of Israel in the area which has a track record of fishing in muddy water.

President Putin has claimed that his country had informed the United States “about of the flight path of the plane downed by Turkey on the Syrian border.” But the US officials have denied the Russian claim. However, the question is why Russia didn’t inform Turkey directly. Didn’t the direct communications between Russia and Turkey exist at that time?

Earlier Turkey had shot down a drone in the Syrian border where Russian fighter jets and drones were active, but at that time Russia reported that “all its jets and drones had returned safely to base.” On October 6 the Guardian reported that, Turkey had warned Moscow, after several incursions by fighter jets earlier this month that, it would not tolerate further entries into its airspace. Turkish officials appeared anxious, however, to avoid an escalation on Friday, emphasising that the aircraft was unmanned and refusing to publicly apportion blame.” How can one suggest that the Turkish action was unprovoked?

President Putin has also accused Turkey of facilitating Daesh oil sale to the outside world. “We see from the sky where these vehicles [carrying oil] are going. “They are going to Turkey day and night.” Why don’t you bomb them when they are still in Syrian territory, Mr. Putin? Aren’t you capable of destroying Daesh oil extraction facilities in Syria? In reality, according to reliable reports Russians are bombing mostly non-Daesh targets. According to one newspaper, Syrian forces, with the support of Russian airstrikes and missiles launched from the sea, retook the Kızıldağ region, leading to the withdrawal of Turkmen forces further to the north toward the Syrian border with Turkey. Is Russia fighting Daesh or other opposition forces to the regime in Damascus? In reality the Russians have caused huge damage to the civilian population in Syria.

On his part, President Erdugan has publicly challenged President Putin’s allegation on the issue. This is a very important and sensitive issue. Shouldn’t this be examined by an international judicial body? Who prevents Mr. Putin to undertake this challenge?

In an opinion piece published by Britain’s The Times newspaper Turkish Prime Minister Ahmet Davutoğlu has said, “Turkey will work with Russia and its allies to calm tensions after a Russian jet was downed near the Syrian border.” But Russian Prime Minister Dmitry Medvedev ordered Moscow to draw up measures including freezing some joint investment projects with Turkey, in retaliation for the Nov. 24 downing of a Russian warplane by Turkey. He said under Russian law the broad punitive steps could include halting joint economic projects, restricting financial and trade transactions and changing customs duties.” But even before these measures, Russia detained dozens of Turkish businessmen who were attending a trade fair there.

However, one Turkish newspaper has reported that, “according to the Russian Ministry of Agriculture, the country imported foods and agricultural products from Turkey amounting to $1.7 billion in 2014. At the same time, Russian exports of food and agricultural products to Turkey rose by a third in 2014 and totaled $2.4 billion.” Turkish sources claim that Russia would suffer more than Turkey due to these measures.

A New York Times Magazine writer has described this row between the two countries in a Foreign Policy article as a conflict of “the Czar vs. the Sultan.” If this analogy is accepted one could suggest that when the Czar claimed that the Sultan has “stabbed in the back,” the Sultan shouted, don’t “play with fire.” However, the Sultan seemed to have tried to cool down the atmosphere. He knows that in history Sultans had to follow Islamic teachings. He expressed his sadness about the event. “We would not like such a thing to happen, we would not want it but unfortunately it did. I wish such a thing will not happen again,” he said. “Had we known it was a Russian plane we may have acted differently,” he added. This claim of the Sultan is consistent with the first statement that came out of Turkey on the event.

But the Czar wants an outright apology. Will the Sultan apologize? Very unlikely. The dignified Sultan wanted a face to face discussion, but the Czar immediately rejected it. Why? Is it only because Russia is supposedly a stronger militarily power? But wouldn’t such a demand constitute bullying?
30 November 2015
Abdullah al-Ahsan is professor at International Institute of Islamic Thought and Civilization (ISTAC), International Islamic University Malaysia. He is also a Just member.

PrevPreviousTERRORISM AND THE POLITICS OF HEGEMONY
NextTHE TPPA: THE POLITICAL UNDERCURRENTSNext