TERRORISM AND THE POLITICS OF HEGEMONY 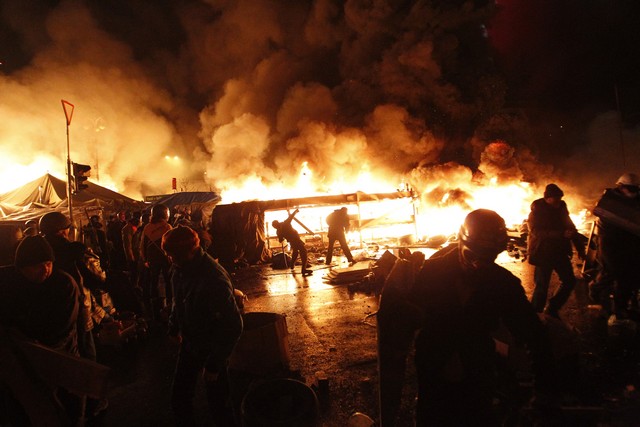 There has been a massive outpouring of sympathy for the victims of the dastardly, heinous massacre in Paris on 13 November 2015. Once again, with the help of the media, the whole of the human family has come together to grieve with the bereaved in France.

I only wish there was a fraction of that sympathy for the hundreds of thousands of victims of acts of terrorism right across West Asia and North Africa (WANA) in the last few decades. In many instances these innocent men, women and children were also the targets of the terrorist group, the Islamic State (IS), the alleged mastermind behind the Paris carnage, and other equally vicious perpetrators of violence. But IS terrorism in WANA is seldom analyzed to its roots in the mainstream global media because it would reveal the ugly truth about the hidden hands that manipulate so much of the murder and mayhem in that region.

To understand the IS’s role today, one has to go back to the Anglo-American invasion and occupation of Iraq in 2003, the second greatest calamity to befall WANA, after the imposition of the entity called Israel upon the region in 1948. The occupation of Iraq and the ouster of Saddam Hussein was followed by the dismantling of the country’s security apparatus which deprived tens of thousands soldiers and police personnel of their livelihood who later became a fertile recruitment base for Al-Qaeda in Iraq. Their anger and resentment peaked when parliamentary elections in December 2005 produced a Shia-led government (the Shias are the majority community in Iraq) which was perceived by many Sunnis as biased against them. Sunni terrorist activities spearheaded by Al-Qaeda received covert support from individuals and groups in other WANA states such as Saudi Arabia who feared growing Shia, and therefore, Iranian influence in the region. Israel, which since the 1979 Islamic Revolution in Iran was totally antagonistic towards Iran for whom the liberation of the Palestinian people was a foreign policy priority, was also determined to curb the rise of Iran. Given Israel’s position, it was not surprising that the US which a few years earlier had overthrown a Sunni leader was now quietly aiding and abetting Sunni insurgents. It is worth noting that under Saddam there was not a single Al-Qaeda terrorist cell in Iraq.

It was a breakaway group from Al-Qaeda in Iraq motivated by anti-Shia sentiments that moved into Syria in 2011 to reinforce the armed rebellion against President Bashar Al-Assad, a member of a Shia minority sect ruling a Sunni majority population. The group morphed into IS. The IS and other terrorist outfits such as the Jabhat al-Nusra receive overt and covert support from Sunni states and non-state actors within and without WANA. Apart from arms and money, recruitment networks established in a number of countries from Europe to Africa and to Asia have facilitated the flow of foreign fighters from more than 80 countries into Syria in the last 3 or 4 years. In creating and sustaining this flow, it is alleged that CIA operatives, Mossad infiltrators and M16 agents have played a significant role. They are involved “in overseeing the conduct of terrorist operations on the ground together with Turkish and Qatari special forces, as well as thousands of mercenaries recruited from Muslim countries…”

How does one explain the involvement of so many different groups and states in what are clearly terrorist activities aimed at overthrowing a legitimate government? For many foreign fighters, the visceral hatred for the Shia sect cultivated by Sunni ulama (religious personalities) appears to be a driving force. If anything, Bashar’s brutal suppression of dissent in some situations has intensified this hatred. In the case of the Saudi elites, antagonism towards the Shia is intertwined with resentment against what they perceive as Iran’s growing political clout in Syria, Iraq, Lebanon, Bahrain and Yemen. 15% of the Saudi population itself living mostly in the country’s oil rich province is Shia. Bashar, they know, is Iran’s staunchest ally in the region. In order to stem Iranian influence, some Saudi elites depict their opposition to Iran as an attempt to curb Persian penetration of the Arab heartland. While Qatar may share some of these sentiments, it turned against Bashar partly because he refused to acquiesce with the former’s proposal to build a gas pipeline from Qatar to Europe via Saudi Arabia, Jordan, Syria and Turkey which would have impacted adversely upon Russia’s supply of gas to Europe. Turkey from the Ottoman period has regarded Syria as vital to its own security and would have been more comfortable with a leader in Damascus who would willingly share power with the Syrian Muslim Brotherhood with which the present Justice and Development (AKP) rulers in Ankara enjoy some affinity. More than Turkey, it is Israel that wants a regime change in Damascus — a change which would lead to the termination of Damascus’s close ties with Iran, on the one hand, and Hezbollah in Lebanon, on the other, the two forces in WANA that remain opposed to Israel’s hegemony over the region. At the same time, it hopes that the exit of Bashar would make it easier for Israel to gain complete control over the strategic Golan Heights which it captured in the 1967 Israel-Arab War. Israel’s agenda has shaped to an extent the US and Western approach towards Syria and the region. The Obama Administration is determined to get rid of Bashar because it is aware of the role he plays in perpetuating the three way resistance to US and Israeli dominance of WANA expressed through the Iran-Syria-Hezbollah link. What piques Obama even more is that Syria is a strategic ally of Russia which has special naval access to the Mediterranean port of Tartus. In recent months, the Syria-Russia bond has become even stronger.

It is obvious that there is a set of complex factors ranging from the religious to the geopolitical that is responsible for the opposition to Bashar, a significant part of which is related to the politics of hegemony. It is not just in relation to terrorism in Syria that the politics of hegemony is critical. If we examined the three real reasons behind the invasion of Iraq in 2003 which sired the current pattern of terrorism in WANA they are all connected to hegemony — the US desire to control Iraqi oil; Iraq’s strategic location in WANA; and Israel’s desire to eliminate an Arab leader who was not only passionately committed to the Palestinian cause but also uncompromisingly opposed to Israeli hegemony. Indeed, hegemony is at the root of the chaotic mess that prevails in yet another Arab country today. It was because of the West’s quest for control over Libyan oil and to thwart Muamar Gaddafi’s plan for economic self-reliance and political integration for Africa that NATO chose to liquidate him in 2011. His liquidation has opened the way to intense competition for power among contending terrorist groups. If we go back in history it was the contest for hegemony between the US and the demised Union of Soviet Socialist Republics (USSR) over Afghanistan in the nineteen eighties that gave birth to terrorist groups such as Al-Qaeda.

Even if we took another in-depth look at the Paris carnage it is undeniable that France has become a target of the IS because of its military interventions in a number of states from Syria, Iraq and Libya in WANA to Chad, Mali and Ivory Coast. It appears that France wants to play a more dominant role in both West Asia and Africa in pursuit of its own hegemonic agenda. This has earned it the ire of a lot of Muslims and Africans.

This is why it will not be possible to eliminate terrorism unless there is a concerted attempt to overcome hegemony at the global level. Citizens within the hegemonic centres of power in particular will have to stand up and demand that their governments cease overt and covert military operations in other countries. Government leaders should know that they cannot denounce terrorism at the rhetorical level and yet hobnob with terrorist organizations in terms of realpolitik. They should be persuaded through the democratic process to abandon their hegemonic agendas forever. Respecting the independence and sovereignty of other nations and peoples should be a principle that is put into practice rather than preached from a rostrum.

This does not mean that if global hegemony ends, terrorism will disappear altogether. There are many other causes of terrorism which will have to be combatted with resolute vigour. Nonetheless, a global movement against global hegemony with the focus upon terrorism is the need of the hour.

Dr. Chandra Muzaffar is the President of the International Movement for a Just World (JUST)

PrevPreviousKNOWING THE TRUTH — THROUGH A DEBATE?
NextRussia-Turkish Row Over Downing the Russian Plane: Isn’t Russia Bullying?Next