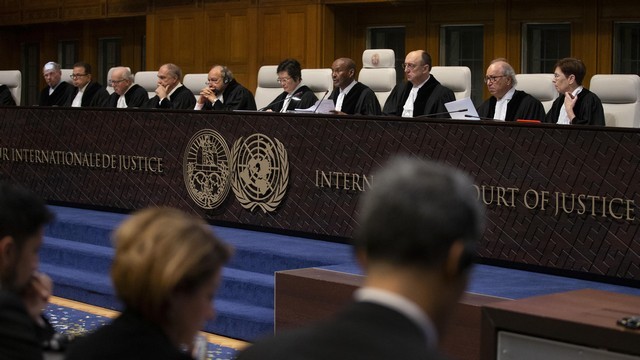 The International Court of Justice’s (ICJ) Order to the Government of the Republic of Myanmar to adopt various provisional measures to protect the Rohingya community from “physical destruction” and to prevent the commission of all acts within the scope of Article 11 of the Convention on the Prevention and Punishment of Genocide including killing members of the group and imposing measures intended to prevent births within the group” is a decision of tremendous significance. The Order also urges the Myanmar military as well as any regular armed units which may be directed or supported by (the military) and any organisation or person which may be subject to its control, direction or influence not to commit genocide or be complicit in acts of genocide. The Government of Myanmar is also required in the Order to submit a report to the ICJ on all measures intended to give effect to the Order within four months as from the date of the Order and thereafter every six months until a final decision on the case is rendered by the Court.

Needless to say, the Government of Myanmar has rejected the ICJ’s Order. It denies that there has been any genocide against the Rohingyas. However, reports from independent human rights observers and from Rohingyas themselves — many of them refugees living in other countries — tell a different story. It is this evidence adduced by the government of the Gambia especially its Justice Minister, Abubacarr Tambadou, which convinced the ICJ panel that the allegations of genocide against the Myanmar Government had a basis.

The world should now use the ICJ’s stand to mount a massive global campaign on behalf of the oppressed and discriminated Rohingya. It should in fact go beyond the ICJ’s Order and address the root cause of the suffering of the Rohingya people. Stripping them of their Myanmar citizenship in 1982 is what is largely responsible for their oppression and marginalisation. This is why the world in endorsing the ICJ’s decision should also plead with the Myanmar government to restore the citizenship of all Rohingyas who qualify for citizenship.

The media both old and new have a critical role to play. It is disappointing that even in their coverage of the ICJ decision most of the media have been somewhat lukewarm. There has been very little support by way of follow-up articles and the like. And yet the ICJ is a mainstream institution with a high degree of credibility.

One hopes the UN General Assembly will also be persuaded to endorse the ICJ decision, reinforced by a call to grant citizenship to the Rohingya people. Perhaps the government of the Gambia should take the lead. It is said that in bringing the Rohingya case to the ICJ, the Gambia was motivated largely by its conscience, specifically the pain and anguish leaders like Tambadou felt when the carnage in Rwanda occurred in the mid nineteen nineties.

As demonstrated by the government of the Gambia, the nine ASEAN governments who share a regional platform with Myanmar should also for once act on the basis of their conscience. They should set aside concerns such as trade and investments, big power politics and geopolitical pressures and focus solely upon the ordeal of a people facing extermination, and act accordingly.

It is not just ASEAN that should respond to the ICJ. What about China? China for geopolitical and geo-economic reasons has become particularly close to the Myanmar government. Can the Chinese leadership rise above these considerations and instead emphasise the vital importance of our common humanity and our human dignity? One can ask the same question of India and of Japan in their relations with the Myanmar government.
Of course, the Myanmar government’s treatment of the Rohingya minority will only change for the better if the majority of the Myanmar people express strongly their disapproval of present policies. They should urge their government to heed the ICJ’s Order. This is not likely to happen in the foreseeable future. It appears that the majority of the populace are attached to a Burman-Buddhist identity that does not really accommodate the non-Burman, non- Buddhist minorities — a notion of identity which the ruling elite with the military at its core espouses. Antagonism towards the Rohingya is part of this notion of identity.
What this means is that if a substantial segment of Myanmar society is going to persuade their government to adhere to the ICJ’s Order, it will be because of external pressure. Hence the importance of accelerating pressure through ASEAN, the big Powers, the UN General Assembly and global public opinion.

Dr Chandra Muzaffar is the President of the International Movement for a Just World (JUST).

PrevPreviousThe Iranian Entrapment of Trump by the Deep State
NextAI and Predictive Justice in our Courts: Paying heed to exigencies of the responsibilities and the risksNext