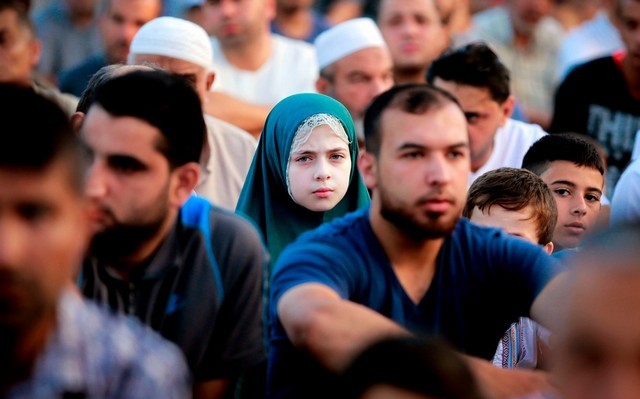 The Abraham Accord signed recently between Israel on the one hand and the United Arab Emirates (UAE) and Bahrain on the other, is touted as a peace deal. They were not at war. There was peace between them and much behind the scenes cooperation, reportedly for the last decade. Reports have it that the Accord promises Israel millions of dollars in trade. For the UAE, meanwhile, purchase from the USA of the F-35, which currently only Israel has in the Middle East (West Asia) Given the rather doubtful reputation of this fighter jet having them could mean a waste of money. For the Palestinians, for whom both the UEA and Bahrain have third States obligations, they are an inconvenience relegated to the back burner. So inconsequential were they that the UAE was pleased enough that Tel Aviv was suspending the annexation of the West Bank for the time being, as if it was a concession favouring the Palestinians and will lead to the restoration of Palestine and peace. Even amidst the joyful announcement, social media Israel was reporting the continued bombing of Gaza by Israel.

Palestine’s statehood was suspended when it refused to recognise UN resolution 181 which divided the then British Mandate between Israel and Palestine. Acceptance then would have meant the recognition of the theft of their own land. But Israel was a willing thief and with it became a state. The Palestinians whom at that point were, too, part of the Arab world was, therefore, part of the pan-Arab position which called for Israeli withdrawal from illegally occupied territories. Normal relations, according to this position, for Arab states with Israel can manifest only when there is acceptance of Palestinian statehood.

The Abraham Accords are then necessarily viewed as a betrayal to the Pan-Arab position, which is seen by Palestinians as third State obligations. Hamas’ spokesman Hazem Qassem has accused the Accords of harming the Palestinian cause by supporting the occupation. For the Palestinians it is the breaking of this pan-Arab consensus by the UAE and Bahrain that is viewed as a stab in their backs. The sentiment is unmistakeable. The Palestinian cause is no longer the centre of some Arab states’ politics. The refusal of the Arab League to condemn the Abraham Accords, as demanded by the Palestinian Authority, cannot but prove this betrayal. Obviously the Saudi Crown Prince’s rebuke of the Palestinians for refusing to relent to the Deal of the Century at the end of last year is another clear example of the erosion of pan-Arabism. Instead the new perception is that the Palestinian problem can be solved only with normalisation with Israel. Pan-Arabism has outlived its nature.

If the preservation of Palestine remains the central determinant of peace in West Asia what then would be the rallying call now that pan-Arabism has faltered.

It cannot be denied, however, that Palestine is more than an Arab concern. Palestine is a core constituent of the Islamic belief and is thus firmly ensconced in the Muslim world as a necessary feature of Islam. Malaysia, for example, has held strongly against the establishment of friendly relations with Israel. In today’s West Asia where the Islamic world is centred, Islam is, embraced as fiercely by non-Arabs. A recent article in the New Eastern Outlook, “On the Emerging Rival blocs in the Middle East” holds that the UAE-Bahrain-Israel alliance has caused a counter alliance to emerge. “…that the real locus of regional rivalry in the Middle East lies in Iran’s and Turkey’s own ambitions pitting both the non-Arab states against their powerful Arab allies and their common enemy, Israel”.

That at a recent virtual event of the High-Level Cooperation Council between Iran and Turkey they vowed to increase bilateral trade to US$30 billion is a sign of things to come. Additionally, the joint declaration at the end of the event outlined the areas of cooperation as Syria, Kurds and the Abraham Accords.

Will then the Abraham Accords be as near stillborn as the peace agreements between Israel and Egypt (1979) Jordan (1994)? Some are hailing it as bringing in a new climate of peace and economic cooperation and hence would usher in a change to West Asia, which is described by the New Eastern Outlook as thus: the UAE as “ringleader” of the Gulf and “Israel as the new security overlord”. But this view excludes the reason why the Accords were possible, the imagined Iran regional hegemony, a perception shared by both the UAE, Bahrain and, Israel and, too, Saudi Arabia allegedly the power behind Bahrain, a Shia majority state ruled by a Sunni minority.

Can peace with the Sunni Gulf powers give Israel the stability it aspires to? While there is speculation that many other minor Islamic nations — Morocco, Sudan, Oman are some — may join in this move the likelihood of the agreements bringing in a shift towards the embrace of Israel is remote. Turkey and Iran are major military powers in West Asia, while the Arab states are naught without US backing. Furthermore, Palestine is an Islamic issue despite the multi-religious composition of the Palestinians. The question then is, can the leaders of the Gulf states and other lesser Islamic nations carry their people with them? Already Bahrain’s Sunni rulers are there on sufferance of the largely Shia populace, propped up by Riyadh. Given Saudi Arabia’s loosening regional grip — Qatar a prime example — is Bahrain a “power”? And, too, it cannot be ignored that Saudi Arabia is facing an economic decline in the midst of the world slump in oil prices, a recovery not assured if the Green economy is to become part of the post-Covid 19 new normal.

Or, is the Abraham Accords a political toy, an instrument of the Trump re-election campaign? A desperate attempt to resurrect some semblance of statesmanship in the face of an image defeated by a pandemic so badly mismanaged proving beyond doubt that America is far from great again. Making America great again was Trump’s 2016 promise. But today the decline of the American Empire is too naked to refute. Millions are unemployed. The economy is in shambles. More than 200,000 Americans are dead and businesses are failing. The United States is in socio-political chaos and unrest is widespread. Are the Palestinians the attempted sacrifice at the altar of a Trump re-election trickery?